Biseku includes a built-in alarm system. Whenever someone tries to intervene while locking your bike, the alarm clock will sound and a notification will be sent to your phone.
Unless Biseku keeps a sense of movement while locked, it will send a push notification to your smartphone (when the user is within 30 meters of the Bluetooth limit). 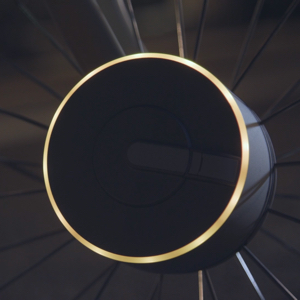 Four sensitive embedded sensors can instantly detect any tampering. When a movement is detected in a locked state, the 100 dB alarm sounds.
The Biseku app is smarter than any other cycling app. The app can not only be used as a smart key, but can also record real-time riding data such as speed, distance, time and calories burned. Also, the sharing function allows users to share biscuits with others.

Like other smart devices, this bike lock can work through its own proprietary application. Install the hardware in the center of the front wheel of the bike and set it to either lock through the app when you leave or to lock automatically when out of range. The hub is now frozen to prevent thieves from stepping an inch. After returning the product, please unlock it or set it to unlock automatically, and then it can be used.

If someone tries to pick up the whole bike (the line of sight is not too thin, it is still possible), the BSC Smart Lock will sense the movement and emit a stiff 100 decibel alarm, which will not only start the thief, but remind you. Just for comparison, it’s the equivalent of a jackhammer or electric lawn mower.

It only took a few minutes for the thief to assume that you had locked the bike securely. The reality is that bike goons can plug wires and traditional bicycle locks so quickly and easily that it’s hard to buy. Instead, it’s time to dump her and move on. This not only protects the bike when using the Biseku Smart Bike Lock, but also lets you split the bike and find out how many calories you burn while riding the bike.